A community fish tank or aquarium is a tank designed to house more than one species of fish. If you want to begin a community fish tank, it’s best not to go into the endeavor blindly without at least a little bit of knowledge. For example, it would be a bad idea to mix clown fish with a catfish in a tank because they both thrive in different water environments (clown fish need saltwater, whereas catfish need freshwater). The last thing you want is 50 little fish friends floating bellies-up on your conscience. When setting up a community fish tank, there are several things to consider.

To start things off, fish don’t really care whether their neighbor is a different species or not. The most important rule that wild animals live by is: DO NOT GET EATEN. Be cautious when purchasing fish for a community tank as some fish come with cannibalistic tendencies, and it’s not just other fish species they’ll attack, either.

Next, determine whether you want a freshwater or saltwater community tank. If you didn’t know already, fish from the sea survive in saltwater while fish form freshwater sources obviously need freshwater. When it comes to fish, water isn’t just water. In fact, if you think a fish can’t drown or die of dehydration or over-hydration, then you have to take a refresher course on the Fundamentals of Our Fish Friends.

Speaking of the water environment that your fish live in, it’s not just salinity that you have to monitor. Another factor is the water’s pH level. If you remember studying chemistry in high school, then you’ll remember the term pH. To refresh your memory, pH is a scale used to measure acid levels. Some fish need higher pH levels while others need lower. For the most part, it doesn’t matter too much whether you hit the precise pH count, but try to maintain a pH balance for all the fish in your community tank.

Schooling fish are fish that generally stick together, through thick and thin. Schooling fish species usually congregate in large groups to forage for food (the more eyes on the lookout, the better the chance you’ll find something to eat), avoid becoming a meal themselves (once again, more eyes means higher survivability), and to mate. Basically, schooling fish never bother other fish and will alert their buddies if food or predator is within sight. Some popular schooling fish species are neon tetra, threadfin rainbowfish, and marbled hatchetfish. 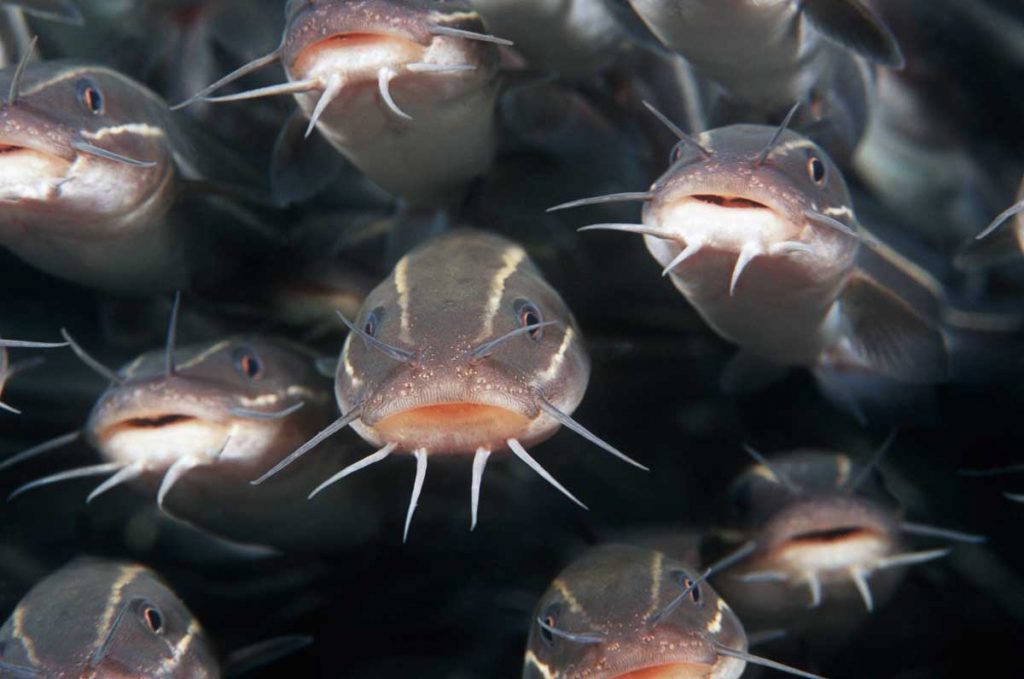 Catfish aren’t just food; they can be friends as well. If you’re looking for a good bottom dweller (more on this later), then nothing beats having a catfish on cleaning duty. These fish are scaleless, bottom-feeding fish that tend not to get in anybody’s business. Other fish species usually stay away from catfish because they isolate themselves at the base of aquariums. However, not all catfish are kind to their neighbors. If you want a community fish tank, do not purchase an electric catfish.

When selecting different species for your fish tank, be sure that you keep record of what levels the fish often visit. In general, there are three levels to a fish tank and you’ll find your fish finding their favorite level as soon as they hit the water.

These top-dwelling fish add color and liveliness to the top of your tank which is most likely void of any decoration. Surface feeders tend to be top-dwellers since their upturned mouths are perfect for eating whatever insect or debris floats on the surface of the fish tank. Keep in mind that these surface feeders are good jumpers and wouldn’t hesitate to jump out of an uncovered fish tank to commit fishy-suicide. Some popular top-dwelling fish choices are:

Mid-level feeders are fish that avoid the surface while very rarely venture into the sandy base of your tank. They are the focal point of any beautiful fish tank community because they are around eye level in most setups. Be sure to populate your fish tank with compatible mid-level feeders. Some mid-level fish tend to be big and bulky, thus making the prone to being picked on by smaller, quicker fish. These are some of the more popular choices for mid-level dwelling fish: 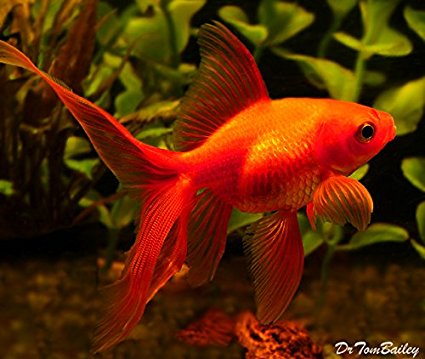 Bottom feeders are fish with downturned mouths that scavenge the rocky base in search of whatever. They’ll pick up any flakes that the surface and mid-level feeders missed, and they’ll clean the base clean from any dirt and debris that comes their way. These fish are commonly underfed due to the distance that food has to travel before reaching their mouths, but they are often nocturnal animals (surface and mid-level dwellers aren’t) so you can feed them at night when the other fish hit the hay. Some of the most common bottom-dwelling fish species include:

These are the essentials of starting your own community fish tank. When you decide to start your own community tank, the first and most important thing to keep in mind is that your pet fish don’t want to become prey. Next, you’ll want to study salinity and pH and adjust your fish tank in accordance to your pet’s needs. Finally, determine which species of fish you want and how populated you want the surface, middle and bottom of the shared aquarium to be.